My students investigated environmental problems in their local community through the use of mathematics. I combined lessons with the 6th grade science teacher so that students would understand both the math and science behind their findings. During their field trip to Kingman Island on the Anacostia river, students tested the quality of the water and investigating littering around the park. This allowed them to think critically about pollution and litter in their own communities, and how they can use their mathematical and scientific investigation skills in order to mitigate these problems. 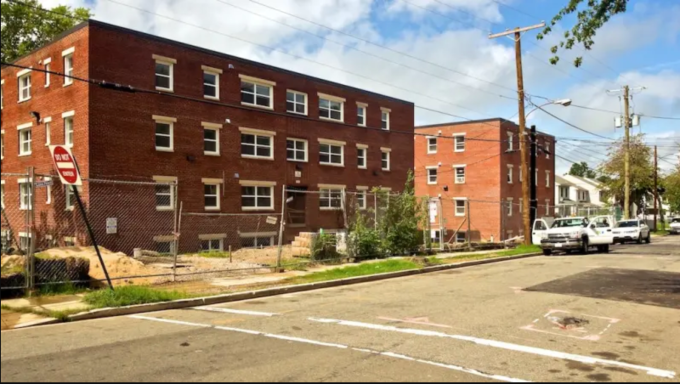 Most of my students live on streets such as this one, with minimal opportunities to interact with nature.

Many of my students had expressed to me that they had spent little time outdoors and were not aware of many jobs that involved working outdoors. There are great benefits to being exposed to nature (Weinstein, 2010) that our students often lack (US Department of Agriculture, 2018, p. 17). Children from low-income households are more likely to have a variety of mental health problems (American Psychological Association), and could benefit the most from increased access to nature and outdoor activities.  I decided to seek out an opportunity in DC for students to learn about the outdoors. I wanted students to know of a safe, outdoor environment they can access for recreation on their own free time even after the field trip is over.

In addition to the environmental benefits, the living classrooms field trip also exposed students to new careers and new applications of math and science. The living classrooms field trip exposed them to outdoor careers such as park ranger, surveyor, and environmental scientist. It is especially important for underrepresented students in STEM to have high-quality, in-depth exposure to STEM (Wright, Freeman, and Peat , 2016). Living classrooms provides this high-quality, in-depth exposure by having students apply their knowledge outside of the classroom. Students learn the science of the ecosystem, the math of population studies, and an appreciation of nature in one field trip.

Students also learned about problems immediately facing their communities, such as pollution in the Anacostia river. Culturally responsive teaching such as this is vital to the success of underrepresented minorities in STEM (Wright, Freeman, and Peat , 2016). Students gained the knowledge and learned the tools to do something about the pollution in their own communities, empowering them to effect change in their own backyards. Learning about these issues in a hands-on way makes it more real for students, increasing the impact of the lesson.

Students applied their knowledge of statistics in order to survey the impact of pollution in the Anacostia River. Students were empowered with the tools to create change in their community about issues that effect them, such as pollution. This contributed to the larger goal of giving students the tools to be active citizens of their local community.

Why is this not regionally obvious?

Many of my students have not thoroughly explored what is in their own backyard, such as the parks near the Anacostia River. Often, field trips are planned around obvious regional attractions, such as the Smithsonian Museums. However, we don’t often consider that many low-income children have had minimal opportunities to explore nature and learn about math and science in a real-world context.

(Note: Click on any image for better quality and the caption) 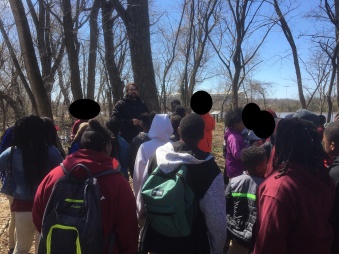 Students being introduced to the history of Kingman Island. 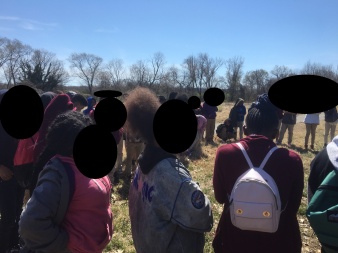 Students being introduced to the history of Kingman Island.

Students learned first about the history of the man-made island at the park, pictured above in a circle. The Anacostia river was dredged in the late 19th century in order to improve public health and the commercial viability of the river. Throughout the 20th century, the island became mostly abandoned and accumulated a substantial amount of waste. In the last 20th century and early 21st century, the island was cleaned up and turned into the nature reserve we have today. The students did not previously know this history about the Anacostia river, which was a learning experience in itself. Without this field trip, students would likely have not learned about this rich history near their own communities. 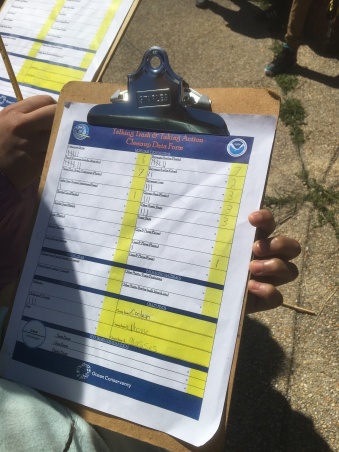 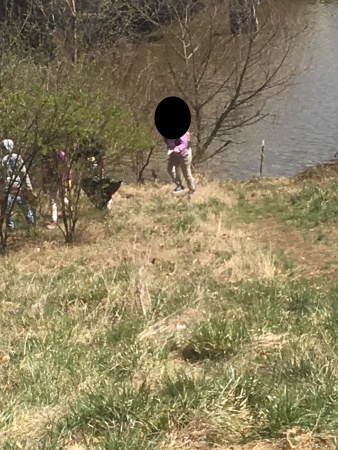 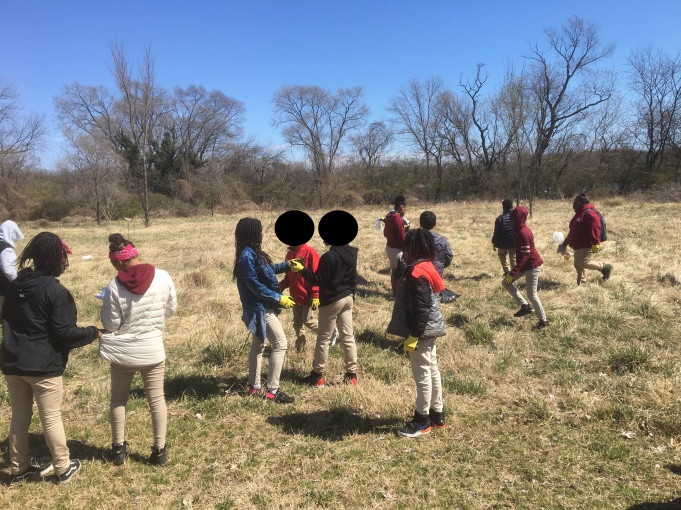 The group that came with me gathered data about what type of litter they still found on the island, as photographed above. The other group went with their science teacher and tested the water quality in the Anacostia river, pictured below. Halfway through, the groups switched and got to experience the other part of the field trip.

For the group that was with me, students were initially skeptical that they were going to gather litter. Quickly, however, students enjoyed the scavenger hunt aspect, and enjoyed comparing what types of unusual objects they could find. For example, one student and their friends were very excited to find a large banner advertising an event by the DC government. Another student was horrified to find a missing person’s poster, and it warmed my heart when he wanted to find a way to put the poster back up. Students recorded the data on clipboards, as shown, and got to feel like scientists as they gathered the litter data.

For the other group, students got to test the water quality of the Anacostia river using scientific instruments. Many students commented that they felt like real scientists when doing this activity, even if they were initially afraid of falling in the water. Students were also in awe at the wildlife they saw in the river, with many students stopping just to admire turtles. 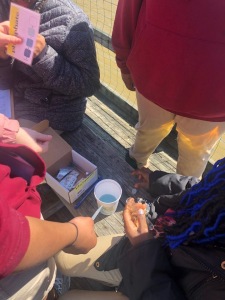 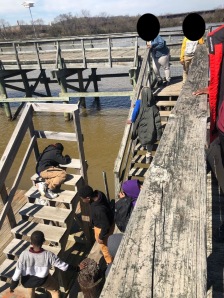 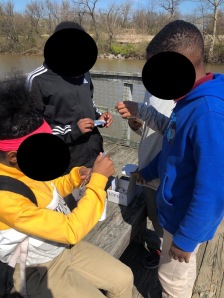 Students enjoyed the field trip, and expressed interest in returning to explore parks in DC further. They also walked away from the field trip with a newfound passion for environmentalism. This field trip made environmental issues much more tangible and real to students, rather than a purely theoretical classroom exercise.

The field trip was mostly a success in that students were highly engaged. They learned about their local community’s history and saw math and science in the real world in a way that would not have been possible in the classroom. Students also got a chance to be outdoors during the school day, which is a rare opportunity.

Students were able to visualize the environmental knowledge they were both learning in science class and calculating in math class by going on this field trip. They were able to see the power of data, and how that data confirms on the ground observations. Many students noted how their data can be used by other people to investigate pollution and littering in DC. Because students had the opportunity to go on this field trip, they got to experience the power of mathematics and science to solve real-world problems for themselves.

Additionally, as previously discussed, this field trip provided a rare opportunity for students to enjoy nature during school hours. Many students spend their time going from building to building both at school and home, and rarely spend extensive stretches of time outside. This is very poor for mental health and is a huge opportunity gap between low-income and high-income students. By being exposed to opportunities like this, students see that spending time outside can be enjoyable and get exposed to future careers that could include a substantial amount of outdoor time. Many students noted that the outdoors were fun and that they would love to work outdoors like the Living Classroom guides did. This was a great and unique opportunity for students to be exposed to such possibilities.